Android is the leading mobile operating system. The Android has achieved a tremendous success since its launch. All the major brands like Samsung, HTC, ASUS, Toshiba etc are now developing the tablets which are based on the Android to operating system. Now the numerous mobiles and tablets can be found that are based on the Android. The Android’s demand is increasing day by day and almost 25 percent mobile users have android based smart phone. Well the large customer area speaks about the features of the Android itself. Almost 8,50,000 Android devices are activated daily, but it is also reported that the majority of the customers is from the foreign countries and least is in our India. 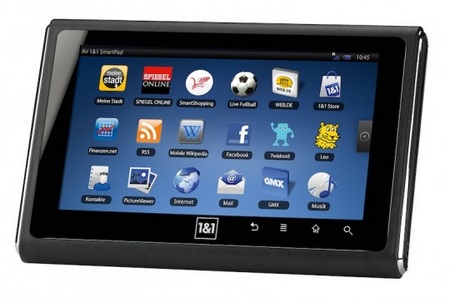 The reason behind this is clear that the India is a country of middle economical people. It is hard to find such people who can spend a big money on the technology only. Mostly people are even not able to purchase the basic mobiles, then Android is far behind from their approach because mostly all the Android devices are costly and the people of India can’t afford to spend a such amount of money on the Android mobiles or Tablets.

Seeing this, last year the cheapest Android tablet, named “Aakash” was announced, which was priced at 35 $ only. This was expected to be a big blow to the world mobile technology. Lots of expectations were there from the that tablet but it did not fulfill all the expectations.

No doubt, it is not cheaper than Aakash tablet, but with the price range of 5000 rs. it will offer better quality than Aakash. So it is not the cheapest Android tablet, but yes it is cheaper and available in just Rs.5000.

Announcing the launch, president and chief executive of AcrossWorld, Stephan Thieringer said the tablet will make a variety of resources available to Indian students. The Android is named Atabin and will give three year free access to the “EducationBridge”, which offers free education content.

With the launch of this tablet, the Indian schools, teachers and students will be able to access the education content and that also of the World standard. Actually it will be like a digital teacher to the students of India which they can use anywhere and anytime to solve their education related problems. With the availability of this budget tablet, there will be positive results in the education of India. The students of India will also be able to learn with international standards and thus they will be able to compete in the world level exams.

The company declared that a number of colleges, schools, universities from the various cities like Allahabad, Banglore, New Delhi has shown keen interest in the tablet and this has really appreciated them a lot to come up with the launch as soon as possible. So the low cost Android Tablet is going to hit the market or we can say is going to modify the education system, in the second week of the march.

Here is what Gaurav Khanna, the CEO of Go Tech said about this upcoming low cost Android tablet.

“By bundling free access to AcrossWorld’s global premium educational content, ATab is not just a book shelf, but a whole library full of the world’s best Open Source knowledge for schools and higher educational institutes.”