Qiku Network Technologies private LTD. is a Shenzhen based company found in 2015 of January is one of the leading manufacturers of smartphones in the world. Qiku is a combined venture of security software giant Qihoo 360 and the leading smartphone Coolpad. Qiku produces its smartphones by taking the hardware parts from Coolpad and the software from security software giant Qihoo 360. Its products are built on 360 operating system which is based on android. Qiku has its new smartphone Qiku F4 in the market, it has some exceptional features and specs at a affordable price. Here is all about the phone. 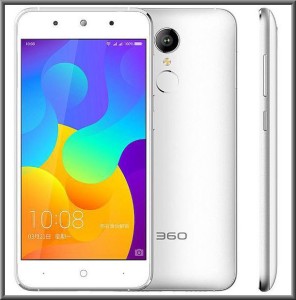 Qiku F4 has got exceptional specifications in it, it comes with a 5.0 inch long IPS LCD capacitive touch screen with a resolution of about 720 x 1280 pixels. It is mechanized by 2 GB RAM and 1.3 GHz octa core MediaTek MT6753 processor for rapid and multitasking of different applications with ease. Qiku F4 is featured with a 13 MP primary camera with a auto focus LED flash and 5 MP secondary camera to capture selfies. It is provided with a internal free memory space of about 16 GB and it can be expanded up to 128 GB using a external microSD card. It is built on a Android 5.1 Lollipop operating system and it is powered by a 2500 mah powerful battery for long battery life. As far as the connectivity options are concerned it has Wi-Fi, GPS, Bluetooth, 3G and 4G support. It has Accelerometer, proximity, Ambient light sensors on it.

Qiku F4 with all the awesome specs and features is available for 599 Yuan, i.e approx RS. 6,150. This phone will be available soon in India and the price mentioned is just an approximation. It may vary with the company norms.