Instagram is one of the most popular photo-sharing applications to date. It was so popular that Facebook bought Instagram, including its 13 employees, for $1 billion even though it is a non-profit company. 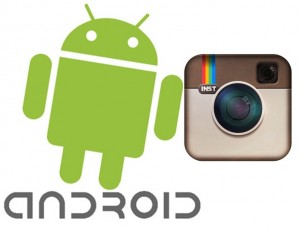 For those who are not familiar with Instagram, it is a mobile photo-sharing application launched last October 2010 that is initially available for iOS devices like iTouch, iPhone and iPad. It allows users to take pictures using their iPhone or iPad and apply any of its 18 filters like Amaro, Rise, Hudson, X-pro, Nashville and more that gives photos a slightly different look like giving it a vintage or hipster appeal. One of its distinctive features is it transforms the photos to something similar to Kodak Instamatic and Polaroid images since it does not use the 4:3 aspect ratio of most mobile phone cameras. The photos processed in Instagram are confined in a square shape for a more retro look.
After taking the photos and applying filters, it can then be shared to different social networking sites like Facebook, Twitter, Tumblr, Flickr, FourSquare and including Instagram’s own. In Instagram, members can follow each other and they can see other member’s photos, post comments on the photos and even “Like” the photos. Instagram also introduced the hashtags popular in Twitter to make the pictures searchable.
Just two months after it was launched, it already have 1 million users and it now hit 30 million users after only 18 months in existence beating Facebook and YouTube ‘s record in terms of gaining members in just a short period of time.

And just a few days ago, Instagram has launched the version for Android to the delight of Android users.  It is backward compatible up to Android 2.2 devices so almost all Android users can download and install this app on their device. In just five days after it’s launched, 5 million users already downloaded the Android app and signed up for their own account in Instagram.
The Instagram Android version is pretty much the same as the iOS app, with the exact same filters and community as what iOS users have but here are some major differences:

The Instagram for Android is just a few days old and I am sure, especially now that they are backed by Facebook’s stable engineering, they will be able to improve the Android version to make it at par with the Instagram for iOS devices.
It is a known fact that iOS devices dominate the smart phone market today but there are still a lot of Android users out there. Wouldn’t it be nice that every single person can take pictures and share the world around them through Instagram?

Instagram is more than just a photo application. It is a community where members can share photos and interact with each other and it is good to hear that a famous application like Instagram has allowed Android users into this wonderful community.