Behind any cell phone or computer monitoring software are a set of multiple 1’s and 0’s. This means that at the heart of its technical operation, it is still considered as digital machine, with each program line moving like clockwork to do all of its designed tasks. 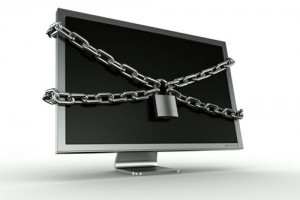 This makes all cell phone and computer monitoring software a vehicle of modern technology. And because it bears such classification, it is but normal that it is comprised of many different applied technologies at its core, each complementing the purpose of one another.

One of the primary uses of cell phone monitoring software is to monitor the location data of the phone user. The technology that would instantly come to mind when it does this is GPS tracking, which basically another name of the same concept; it allows the user of the software to actively track down and pinpoint the location and movement of the phone owner (practically anywhere around the globe). True, while the GPS technology of phones today might be fundamentally similar to earlier GPS systems, the efficiency and reliability of the data is far more advanced than before.

It is quite worth mentioning that while this also works for some computer monitoring software, it is not exactly that evident. In fact it is usually less useful because the workstation (of the tracked employee) doesn’t exactly travel as much as how a portable phone could.

Keystroke logging was an innovation that was much likely inspired by people who simply wanted to learn about typed input information. Specifically speaking, they wanted to know things that are supposed to be classified, such as system passwords and access codes. But we don’t just mean key input logging programs here. For phones, we also see the application of sub-programs with similar functions, but are instead designed to fish for more specific information such as form data.

Without these input logging programs, the basic function of a cell phone or computer monitoring software to actively transmit usage data is impossible. Such programs can be considered as the direct spy agents for the unit which you are observing.

A leap forward from the old walkie talkies that we used to play with during the late 20th century, the entire world now has a huge telecommunications infrastructure that connects all business entities, groups, organizations, and even single individuals in one massive entity that is not just limited (but is directly related) to the internet.

Because of the endless number of connections possible in our world’s digital highways, connecting to a device is now even easier than before, making the tracking and spying work of cell phone and computer monitoring software a lot easier.

These aren’t exactly all of the technologies that are used in cell phone and computer monitoring software, but these are more or less the most commonly used, and the ones that are most evidently seen. We decided not include modern phone tapping technologies in this article because the application is actually simply influenced by the advancement of wireless communication systems.

3 Ways To Reduce Your Cybersecurity Risk