The biggest and the most useful feature of the Android devices are the Android Market which is now known as the Google Play Store. Its a single stop for getting all the apps, videos, music and much more stuff to make your Android device stand out from the rest.

But when I decided to buy a Sony Ericsson Xperia X10 mini from a foreign country I didn’t know what was about to happen. I ordered one and got it in a few days. I came across a real big problem.

The market app missing problem became a very real problem for me after purchasing a foreign Sony Ericsson X10 online as I mentioned before. I presumed, being an Android device an all that it would by default have the Android Market programmed. This was however, not to be. On The X10 it was no where to be found. I decided to source other options in light of this and realised very quickly the multitude of available to those users in my position or indeed simply those users that require an alternative to Google’s former Android Market, now .

After a little digging I realised via one android blog that Google regulated certain handsets in certain countries including in Saudi Arabia, where my phone originally came from to forbid them from having by default their Android Market installed as a stock application. Regardless of your phones model, if it was sold in one of a number of countries – it would seem regulated to The Middle East – that the Android Market may well have been excluded from the stock options. It really was a shocker. The best feature of the Android phones was not available to me just because I bought the phone from a foriegn country! It was then wise to check this out in advance. Although it is easy to source alternative options which are more than adequate as alternatives, some android purists out there may wish to have access to the store officially. 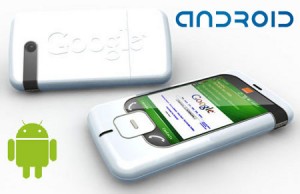 But as we know it Googling sometimes helps. There are many alternatives to the Google Play Store.

So what do you do if you find yourself in this position? You find an alternative. If you run a search in Google for alternative app stores you should find a whole wealth of information. Not having the android market or Google play store pre installed is really not the issue. I really thought it was. Just simply run a search for best alternative android app stores and you should find what your looking for. There are many many alternatives and you should try as many as you can so that you can find the one which you are looking for and suits you perfectly.

Anyways, have you come across any situation like this? Were you successful in solving it? If you were then how? Please let us know your experiences with the various alternatives on offer, we’d love to hear your thoughts in the comments section below.