How Does the iPhone 5 Compare to the Samsung Galaxy SIII?

There are tons of new Android smartphones preparing to hit the market, but there are a few that managed to grab my attention from the very first looks. When it comes to cell phones or smartphones, I am the first to get a new one or start looking for information on it. That is why, the HTC Evo 4G LTE on Sprint grabbed me by the nose and pulled me in close. 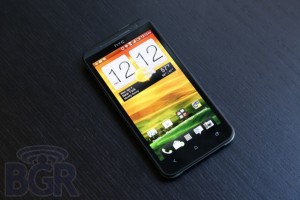 HTC’s Evo 4G LTE is the latest result of the HTC and Sprint collaboration. The two companies worked together last year as well for the release of the HTC Flyer Android tablet and the HTC Evo 3D. Both devices made a good impact on the network’s sales, so they are at it again with the latest iteration of the Evo lineup.

However, all of this needs to look good as well and the HTC Evo 4G LTE comes in with a 4.7-inch HD display. HTC used the same S-LCD 2 panel they used on the One X. The S-LCD 2 display is one of the best I have gotten the chance to see in action.

But we know that Android smartphones are not all about raw power, but the software underneath is just as important. The HTC Evo 4G LTE will ship with Android 4.0 Ice Cream Sandwich out of the box and will also feature HTC’s latest version of the Sense User Interface.

HTC’s Evo 4G LTE seems to be Sprint’s variant of the HTC One X, but with a couple of important changes. For starters, the kickstand and the addition of a microSD card slot. This boosted the value of the device largely in my eyes. Not to mention that just like in the One X we have a killer 8-megapixel rear-facing camera with 1080p full HD recording and Beats Audio integration.

Sprint announced that the HTC Evo 4G LTE will go live in Q2 this year. Pre-order start on May 7 and you will have to come up with $199.99 along with a two-year contract with the network. This is good pricing by both HTC and Sprint, as most high-end Android smartphones check that price mark. So will you go and get yourself one of these?