A new television can bring new life to an old outdated room. A new television can also bring the family together. There is nothing quite like a nice family movie night to bring everyone together, but no one will enjoy anything if you have a small television with a grainy picture. Everyone will be squinting to see all of the action, or they may just miss it all together. This could only mean one thing. Yes, you are going to need a new television. This means that you have to make a decision. You need to determine which television will be the best for your family movie night, but how do you make this decision? There are so many great televisions to choose from. If you have been out of the television technology loop for an extended period of time, then consider this a primer.

The picture quality on today’s televisions is nothing short of incredible. The bright vivid colours make the television appear to be a window into a magical world where your entertainment works overtime. With all of these improvements comes something else, an entire new language to learn. You will have to get out your decoder rings and decipher what all of the high-tech television terms mean. After all, these terms are just numbers and letters that help gauge a specific performance value. 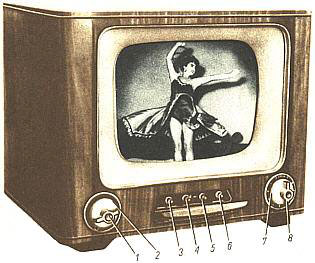 This is the one part of television technology that makes sense. It is easy to determine the logic behind this measurement, but most people don’t realise that many television manufacturers measure their televisions from one corner to the next. It is a diagonal measurement, not horizontal. Bigger is not always the best choice either. You may find that the larger screen televisions don’t have a picture that looks quite as good as some of the more modest television sets.

This is the next term that you are going to need to come to grips with. What do all these things mean? Should you get a television that produces images at 720p, 1080i, 1080p or 4k? Generally the higher the number, the better the picture quality will end up being. Looking at the numbers above you will see that 720p is the lowest picture quality where 4k would be the highest. The higher picture quality also comes with a higher price tag so you need to determine a good combination of picture quality versus price.

As if all of this technical jargon was not enough, there are even more things to consider as well. What about the refresh rate? What does that have to do with anything? Again, the whole higher = better concept applies for this attribute as well. The higher the refresh rate, the better the picture quality will be for fast moving images like sports and video games. Knowing all this now, it should be easier to buy TV sets.