Sometimes you may just feel like unwinding with your favourite TV shows. Thankfully with a Video on Demand service, your favourite shows are just a click away. VOD is the perfect antidote to those stressful days and there is so much choice there’s always something that’s just right. Whether you like to relax by watching films, catching up on your favourite TV series or sports, on demand caters for all needs. Here we give you just a few classic series that you are able to view through video on demand. 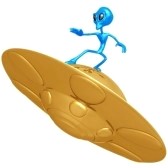 A great location and plenty of 1960s New York style got Mad Men off to a promising start. As well as a strong lead in Don Draper (Jon Hamm), the series had an equally interesting ensemble cast with Betty Francis (January Jones) coming in for particular recognition. A combination of well-written character-based drama and historical accuracy, Mad Men strongly portrays an exciting and dynamic era when the world was changing rapidly and combines entertainment with intelligent questions about modern life.

It might have been an unlikely hit but the spiritual successor to the hit 1980s series Fame has won hearts and minds worldwide with its combination of wit (in particular Sue Sylvester’s acerbic one-liners), compassion and intelligence when dealing with issues which affect teenagers and their families (such as coming-out and unplanned pregnancy) and some absolutely storming musical numbers including guest appearances by many of the world’s best known singers (Lady Gaga), actors (Helen Mirren) and old-school stars (Olivia Newton-John) . Glee is a show which can be enjoyed be people of all ages, partly because of its underlying optimism and the care taken to ensure that there is enough variation in the music used to appeal to most people, providing great entertainment for all the family.

If standing the test of time is a mark of greatness then Dad’s Army must be one of the greatest TV shows ever. Although the world has moved on from ration books and carbolic soap, the characters and humour ring as true today as when the series was first created and the show continues to be enjoyed be people who are far to0 young to remember the era in which it was set. Dad’s Army really is one of those series that gets a laugh from all the family, from the younger members of the family, all the way through to the Grandparents.

Fifty years of time-travel, a robotic dog, a sonic screwdriver, the tardis, quirky assistants, daleks, cybermen, the master, monsters and (so far) 11 incarnations of the mysterious title character have made Doctor Who essential viewing for millions of people around the globe. The Doctor has become one of the most iconic and influential figures ever created and his numerous series have attracted numerous celebrated guest stars from celebrated actors such as Michael Gambon to opera singer Katherine Jenkins.