The most talked about phone of 2012 has of course been the Apple iPhone 5 which you can get at www.phones4u.co.uk At 112g, it is not only 20% lighter than the 4S but also most other smartphones on the market. The phone is longer now to accommodate the larger 4-inch screen. The decision of the screen size was based on the fact that Apple wants its customers to be able to watch videos in the right dimensions without the wide screen black strips, and also because rather than competing with the Samsung Galaxy S3’s 4.7 inch screen, they wanted this mobile phone to still feel comfortable in the hand and thumb-friendly. 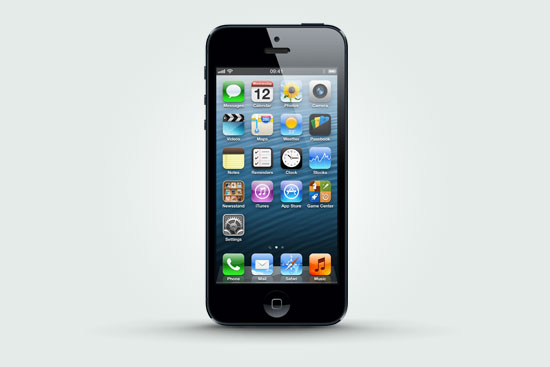 There have been a few major design changes. The headphone jack is now at the bottom of the phone – which might seem like a strange idea, but it seems Apple may have taken into account the fact that with the jack on the bottom, you can now drop the phone into your pocket from exactly the position you are holding it. Although it’s upside down in your pocket to allow for the headphone wire, it eliminates any fumbling. A small thing to consider really, but it just goes to show the level of detailed thought that has gone into the creation of this phone.

The 30 pin connector is no more, and has been replaced with a much smaller one called the Lightning Port. On one hand, it’s an irritating development for regular Apple customers whose existing accessories such as car chargers will no longer be usable, and they will have to invest in the adaptor that apple will release which is said to be pricey. On the other hand, having a smaller connector meant that you can have a thinner phone, and the new Lightning Port has useful features such as the fact that you can plug it in any way.

Tech Tips To Help Care For Your Aging Parents

How to Develop a Great Ecommerce Project with Minimal Budget