One of the most interesting aspects of the launch of the new iPad has been the parallel focus on the iPad 2. So far from being consigned to the past, the second generation iPad continues to occupy a large part of Apple’s marketing and appeals to many consumers around the globe. 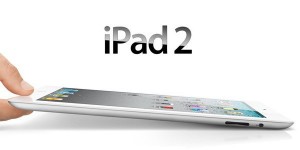 Huge billboards in major cities such as San Francisco and London display not the new iPad but rather its popular predecessor. Is this a slip on Apple’s part? That’s hardly likely. Rather it seems to be due to the fact that the iPad is still thought of by many as a single, specific product. The fact that the new iPad is simply called “the new iPad” only serves to reinforce this point. Sure, it’s a new model. But as far as many unsuspecting consumers are concerned, an iPad is an iPad. Whether it belongs to the 2nd or 3rd generation doesn’t always seem to matter. Indeed, there have been reports of people buying the iPad 2 whilst actually thinking that it was the new iPad. This is more understandable when you take it into account just how similar the two models are in appearance.

Apple of course distinguish between them. On their site one can find spec comparisons of the 2nd and 3rd generation tablets. And whilst Apple naturally emphasize the strengths of the new model (faster processor,Retina screen etc.), it is clear that they remain proud to advertise and champion the iPad 2 as well. Partly this is because they realize that millions of consumers still want to know where to buy ipad 2 tablets. But it is also a function of the fact that in many ways the 2nd generation iPad works just as well as the third. For example, most of apps for the iPad are just as effective on the iPad 2 as they are on the new iPad. Admittedly, there are some apps that gain from the higher pixel count of the Retina display. But a large number of users simply won’t notice the difference.

And then there’s the price. Although customer feedback for the new iPad has been full of praise, it has emerged that users do have one gripe, namely that the new iPad is rather expensive, particularly when compared with other recent tablet release such as the Nook or Kindle Fire. Part of the iPad 2’s recent appeal, therefore, lies in the fact that it starts at $399, rather than $499 (which is the price of a 16GB new iPad). Anyone buying in bulk (such as an organization) will be saving a great deal of money by investing in the 2nd generation tablet.

There are other reasons why the iPad 2 is still going strong, including its slimmer frame and lighter weight. Although Apple’s general trend has been to make each new product lighter than its predecessor, the new iPad is actually heavier than the iPad 2 (there’s a difference of some 50g between the two Wi-Fi only models of each generation – further comparisons between the new iPad and iPad 2 can be found here)

For reasons such as these the iPad 2 keeps on selling and there is every reason to expect that it will do so for some time. And as the new iPad dominates the headlines, this only serves to increase people’s interest in the iPad brand as a whole.

Bertie Hirvonen is an Apple enthusiast. His articles focus on Apple gadgets and he especially enjoys comparing different models, whether it’s the iPhone, iPod or iPad