The Taiwan tech maker’s Titan is a gigantic phone with Microsoft Windows Phone. The WP 7.5 Mango based handset, featuring a 4.7-inch display, is the largest in this regard on Windows Phone platform. HTC released the phone in October last year and it has been a key Windows Phone handset since then. As of now, HTC is about to surface a second version for the device, called the Titan II. Anyway, here we make a look into entire specs and features of HTC Titan. 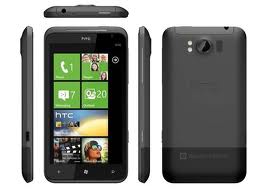 Even being a monster gadget, the Titan features a small form factor. The device has the dimensions of 131.5 x 70.7 x 9.9mm; but it weighs a bit heftier with 160 grams. It looks quite nice with its beveled edge around the screen and black hardware buttons. When it comes to the display, the HTC sports a large 4.7-inch S-LCD capacitive touchscreen, which touts a resolution of 800×480 pixels at 199 ppi.

The camera can shoot video at 720p and better stills. The secondary camera offers 1.3-megapixel for better chatting experience with friends. Finally, the HTC Titan packs in a standard Li-Ion 1600 mAh battery. It promises talk time up to 11 hours 50 minutes on 2G and up to 6 hours 50 minutes on 3G on a single recharge.

HTC Titan runs the latest Windows Phone 7.5 Mango. The Mango is the most recent update to Windows Phone, which expects for a smaller Tango update soon and a major Apollo update late this year. Titan has been one of leading handsets with Mango, which boasts several new features compared to its previous versions. 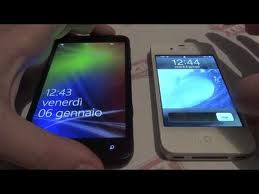 Surely, HTC Titan is a big and stylish Windows Phone handset with impressive features. Since its release, it has been one of the best Windows Phone offerings on AT&T, which also sells a couple of other WP handsets. But, being major shortcomings of Titan, some users and analysts count the mammoth size and lack of expandable memory. The device falls short in call quality as well. Anyway, HTC is set to upgrade Titan with a more powerful Titan II this year. Let us hope the new HTC Titan will solve the major deficiencies of its original version.