As if things weren’t bad enough for BlackBerry it’s now being sued by NXP semiconductors for patent infringement with respect to not just the BlackBerry phones but also the PlayBook. BlackBerry only recently shifted management and began focusing on new strategies that can allow it to coexist with other cellular platforms in the market. This was in addition to them conceding defeat and letting go of the consumer market completely. The patent business sent another set of shock waves through the BlackBerry stocks and pushed them into plummeting further. 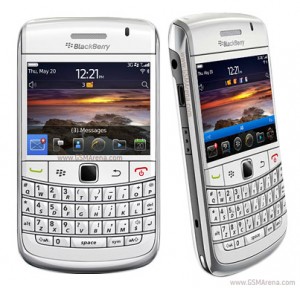 NXP claims that BlackBerry seems to be making money off of their patents acquired during the period of 1997-2008. There are no conclusive details as to what NXP is looking to get out of the lawsuit from a firm that’s already on its knees. At present the firm seems to be looking at their lost profit, some royalties along with damages against BlackBerry for willfully infringing on their patent. BlackBerry maker RIM lost another 7.6 per cent of its share value adding to the existing 70 per cent drop. Several are now speculating that the firm will be settling with NXP, which would be a wise move considering the already crippled position that BlackBerry is in.

This isn’t the first time BlackBerry has been in court for patent infringement – but at this point who can say that any cellular firm isn’t acquainted with patent based lawsuits. During 2001 it paid up over $600 million to NTP Inc for another patent infringement and ironically people were predicting the end of the cell phone giant at that point too. The new suit is going to add to the woes of Thornsten Heins, who has taken over the reins of the company after the top executives were replaced. He’s gone as far as speculating that BlackBerry could be sold off completely. Perhaps Google will help, since it took over Motorola for its patents and BlackBerry has a few to its name as well.

At present RIM is struggling to keep BlackBerry afloat. Even with restricting themselves to corporate customers there’s no telling whether it can save itself from the storm that both Android and iPhones have created in unison. This new lawsuit is another hole in the boat for RIM.

Whether RIM can make a comeback with BlackBerry remains to be seen. At the moment the only thing we know for sure is that the corporate world will continue to enjoy the benefits of the BlackBerry experience while the consumers may have to live their cellular dreams through another platform.