Certification and Coding with AWS 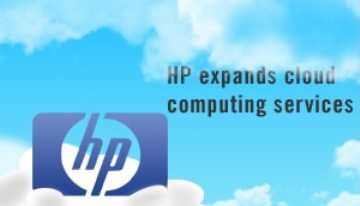 If you are a technology geek, then you must know that the same service is already up by the Amazon. The Amazon is also a leading tech brand, which has the best shopping site on the internet and the web information company Alexa as well. The cloud computing service from the Amazon is going very good from past some time and is providing good features to their users. The cloud computing service from Hewlett-Packard (HP), is almost similar to that of the Amazon’s.

This whooping news is coming from the New York Times and according to the news, HP’s cloud service will be better than that of Amazon’s in terms of features and will also have more business oriented features.

This news has been confirmed by the HP officially as well. General Manager of the HP, Zorawar “Biri” Singh confirmed the News and announced that they are working on it and will come up with the service very soon. may be in the next two months. The official statement also reveals that the HP is going to make the Amazon’s Cloud service, its target. The General Manager announced that “We’re not just building a cloud for infrastructure,” adding “Amazon has the lead there. We have to build a platform layer, with a lot of third-party services.”

So the HP cleared that they will start its cloud computing service soon and will become Amazon’s Cloud Service Competitor, or should I say, will win over the Amazon’s service. There is not any announcement about the cost of the cloud service. When the General Manager was asked about the price of this cloud computing service, then he said that “we are not coming at this at 8 cents a virtual computing hour, going to 5 cents.” So nothing is cleared about the service cost.

Amazon has been very good in this field, with its cloud computing service. It will not be an easy task to give them a good competition and to win it as well. The HP has given an open challenge to the Amazon. Well, we will have to see, what will be Amazon’s step against this. Experts are awaiting for the service to go live soon. All are eager to see the competition between two big tech brands in the cloud computing services. We are officially excited for it. What do you think, Will HP’s cloud computing service, be a competitor to Amazon’s?? Share your views regarding this with the World, by dropping your comments in the comment section below.

Certification and Coding with AWS

Cloud Computing; Is It a Fad or the Future

How Cloud-based Management Software to Help Business to Grow

Which Cloud provider is for you?