Best smartphones to sync with your cloud at home or work

The importance of good customer service can never be underestimated, especially around Christmas time. Sometimes things just do not go according to plan for no particular reason, but it is the way you deal with them that will make all the difference to your clients, as well as to your reputation. 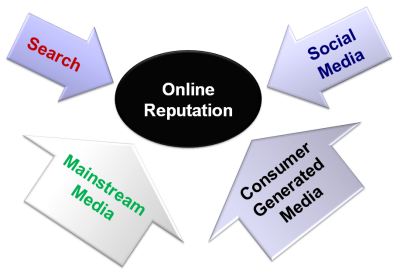 The first involves a series of e-mails from a customer to a company with whom he had placed an order and how the whole scenario went on over the Xmas period and beyond and managed to spiral completely out of control.

The story has since been retold on many high-ranking blogs and this example of very poor customer service has now become widespread. There is quite a lot of reading involved in the story, so here is the link to the full

The result: A lot of upset people, not least the original customer but also some important industry figures, all quite unnecessarily. Widespread coverage of the incident and a loss of reputation for Ocean Marketing that will prove incredibly difficult to retrieve.

This second incident happened to me personally and involved my youngest son’s main Christmas present. I could not believe my luck when the very thing he wanted was advertised as the daily deal on a very well known coupon site.

However, despite placing the order on 26th November and receiving a number of e-mails from the supplier between then and 19th December, it had not arrived by the very last possible time of delivery on the 23rd December.

Panic now ensues, said supplier is shut for Christmas until 9th January and carrier tells me I have most likely been scammed. I managed to source a replacement item at double the cost and then set about e-mailing the coupon company for a refund immediately after Christmas.

They were also closed but sent a polite (and humorous) automated response.

First working day back I received a request for further information, which I duly provided. The following day I receive a personal apology and a refund, all by 8.00am.

The result: I am happy with the outcome and the speed it came about. I will almost certainly use them again, I will tell my friends about it and my social networking contacts.

Avoiding ‘Getting It Wrong’

scenario, the Ocean Marketing rep is supposedly an expert in reputation management!

of how social networking functions, because it is much better to have control of interaction yourself, rather than trusting the wrong person with it.

•              Remember that bad news spreads much faster than good news. There is absolutely no excuse for being rude or ignorant to a client – even if you think they are wrong.

•              Most problems can be resolved without further implications by doing so promptly and fairly.

I hope you have all enjoyed these stories and trust that you will now think very carefully about how YOU will deal with your clients in 2012 as your clients are the most important part of your business and an E-commerce SEO plan will never be effective without them.

The Importance of Selecting and Registering a Domain Name